October 8 this year in the territory of the Russian Federation, at the training ground of the 333rd Mulino Combat Training Center, the special training Echelon-2019 was launched with the forces and means of material and technical support of the CSTO member states.

He noted that the training is being held for the first time. “The need for such a format is dictated by the urgency of developing the CSTO Troops (Collective Forces) material and technical support system as one of the most important areas for ensuring the collective security of the CSTO,” Anatoly Sidorov said.

Colonel-General Anatoly Sidorov also noted that the development of this area was supported and approved by relevant decisions by the Council of Defense Ministers and The Committee of Secretaries of the Security Council.

The Head of the CSTO Joint Staff expressed confidence that the special training "Echelon-2019" would facilitate the mutual exchange of experience between the units of the MTS of the CSTO member states, the formation of unified approaches in providing the CSTO Troops (Collective Forces) in various conditions, and the creation of conditions for further unification of weapons and military equipment.

During the first trainings, questions of organizing logistical support in the interests of the Collective Rapid Reaction Force of the Collective Security Treaty Organization during a joint operation to localize the armed conflict will be worked out. 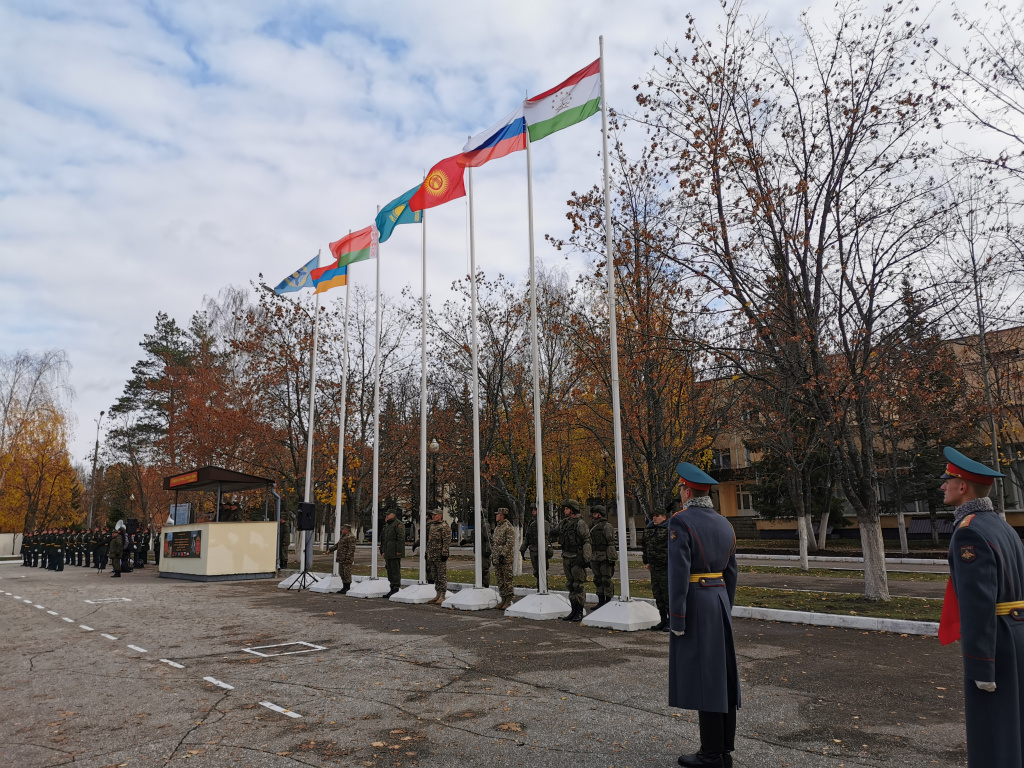 The trainings, led by Deputy Commander of the Western Military District for Logistics, Lieutenant General Andrei Bulyga, are attended by servicemen of the Republic of Armenia, the Republic of Belarus, the Republic of Kazakhstan, the Russian Federation, the Kyrgyz Republic, the Republic of Tajikistan and the Task Force of the Joint Staff. In total, about 900 military personnel and more than 250 pieces of equipment are involved.

At the first stage of the trainings, questions of organizing the material and technical support of the regrouping of formations of the CSTO Collective Rapid Reaction Force, the procedure for crossing the state border, and also the organization of loading weapons, military and special equipment into rail transport, including using the MTU-20 tank bridge builder, are worked out.

The second stage of the exercise is devoted to the organization of material and technical support for the formations of the CSTO Collective Rapid Reaction Force during the joint operation to localize the armed conflict. Questions will be worked out to replenish the consumption of missiles, ammunition and other materiel, locate a field fuel depot on the ground, and organize the maintenance and repair of weapons and military equipment.

Units will also work out the evacuation of equipment to repair sites by repair and evacuation teams, supply of ammunition and other materiel using aircraft (Mi-8), deploy an area for mass refueling of equipment, and many other elements necessary for successful operations of troops in modern conflicts.

The special trainings "Echelon-2019" with the forces and means of the MTS of the CSTO member states is carried out as part of the unified concept of the CSTO operational-strategic trainings "Combat Brotherhood-2019." The trainings are defined by the Plan for the joint training of command and control bodies and forces of the collective security system of the Collective Security Treaty Organization for 2019, approved by decisions of the Council of Defense Ministers and The Committee of Secretaries of the Security Council of the Collective Security Treaty Organization.