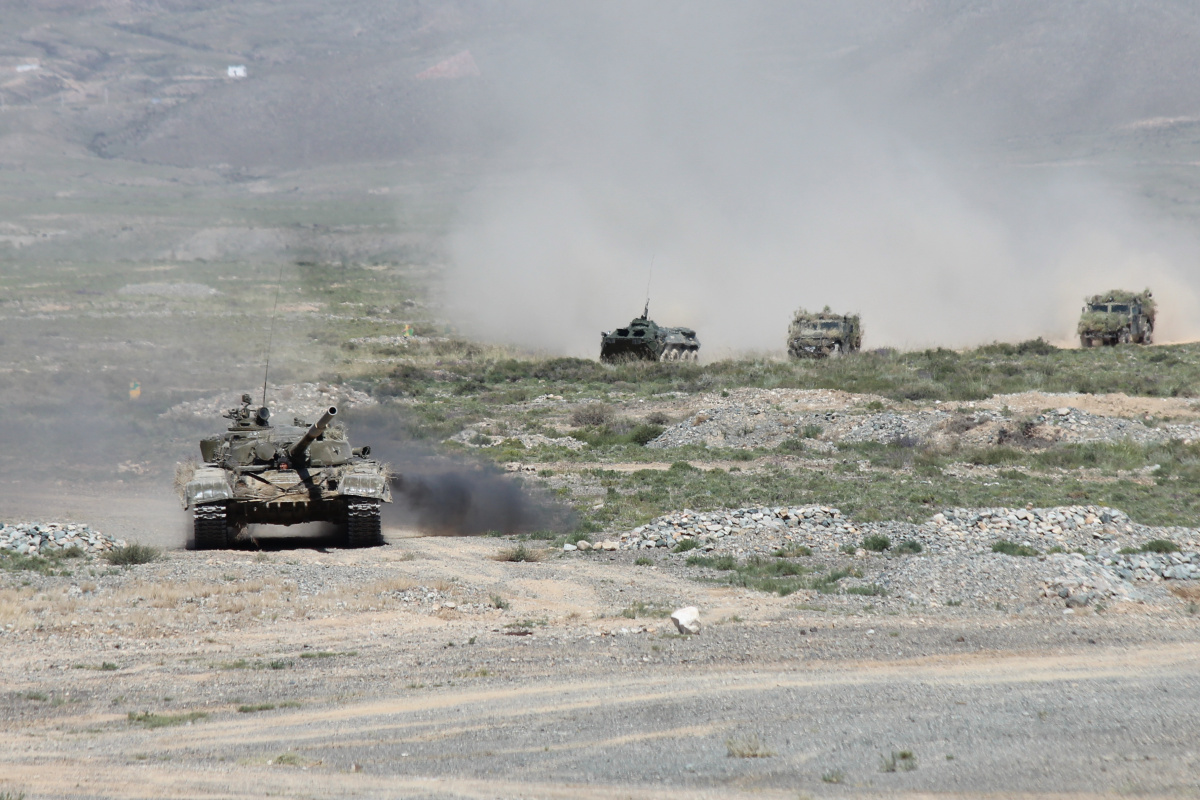 On September 9, this year, the final stage of the "Rubezh-2021" joint training with the Collective Rapid Deployment Forces of the Central Asian Region of the Collective Security Treaty Organization (CSTO) took place in the Kyrgyz Republic at the “Edelweiss” training range, in the course of which over 30 exercise settings were practiced.

The training participants conducted a joint counter-terrorism operation, practically worked out training and combat operations to destroy illegal armed groups that have invaded the territory of a conditional CSTO member State.

The training, led by Colonel Artur Temirov, the First Deputy Chief of the General Staff of the Armed Forces of the Kyrgyz Republic, involved military contingents and task forces from the Republic of Kazakhstan, the Kyrgyz Republic, the Russian Federation, the Republic of Tajikistan, the CSTO Joint Staff and the CSTO Secretariat, special assets of internal affairs (police), National Guard, emergency response agencies, and the State Committee on National Security of the Kyrgyz Republic. In total, there were more than a thousand people and 150 units of equipment. Armoured vehicles (tanks, armoured personnel carriers, infantry fighting vehicles, “Tiger” special vehicles), flamethrower units, artillery, including multiple-launch rocket systems, and aviation - Su-30SM fighters, Su-25 attack aircraft, Mi-8 helicopters and “Orlan-10” unmanned aerial vehicles were being used.

In the first stage, under the charge of Colonel Andrei Kuznetsov, commander of the CAR CRDF, the units made preparations for a joint military operation in mountainous terrain and prepared the continents for combat operations.

Subsequently, during the second stage of the training, the CAR CRDF conducted a joint military operation to block and destroy combat groups and detachments of illegal armed groups. They practiced command and control of the CAR CRDF contingents in the course of joint combat (special) operations to detect, block and inflict fire on a simulated enemy, and conducted a joint military operation to destroy simulated units of illegal armed groups.

Border guard outposts and the State Committee on National Security units were the first to move into areas of combat mission, which, according to the legend of the training, detected violations of the state border by illegal armed groups.

The situation necessitated the organization of the resettlement of civilians from possible areas of hostilities. The Mobile Rescue Squad of the Ministry of Emergency Situations of the Kyrgyz Republic and the republican civil protection services evacuated the civilian population from several settlements to a specially deployed camp, equipped with everything necessary for living and medical care.

In the course of the second episode, the training participants practiced withdrawal of the State Committee on National Security fire-covered units from combat, organization and reconnaissance of the simulated enemy, as well as engagement of the main group forces and blocking the attack. The training involved the use of the RPO-PDM-A long-range, high-powered infantry flamethrowers.

The attack by a group of enemy drones was successfully repelled by the shoulder fired missiles “Arrow-2M” of the Armed Forces of the Kyrgyz Republic and the ZU-23-2 air-defense squad.

During the final stage, the CAR CRDF practiced blocking retreating enemy groups by the main forces, bypassing detachments and dropping in tactical landing troops, as well as "mopping up" settlements and destroying illegal armed formations. In order to inflict maximum fire on the enemy, the BM-21 "Grad" Multiple Rocket Launcher System was used. The Su-30SM airplane of the Armed Forces of the Republic of Kazakhstan carried out an accurate missile and bombing strike against a simulated group of militants of an illegal armed group that was moving in pickup trucks.

During the final stage, the Minister of Defense of the Kyrgyz Republic, Major General Baktybek Bekbolotov, the Head of the CSTO Joint Staff, Colonel General Anatoly Sidorov, Colonel General Alexander Lapin, commander of the Central Military District of the Russian Armed Forces, and officials of the ministries and departments concerned watched the actions of the units.

The military attachés of the Republic of Turkey, the Russian Federation, the United States, the Republic of Kazakhstan, India, Great Britain, Germany, France and Japan, accredited in the Kyrgyz Republic, representatives of international organizations - the Head of Mission of the International Committee of the Red Cross in the Kyrgyz Republic and the Head of the OSCE Program Office in Bishkek also observed the joint counter-terrorist operation at the final stage of the training.

Colonel General Anatoly Sidorov, Chief of the CSTO Joint Staff, said at the conclusion of the final stage of the training: "The CAR CRDF personnel demonstrated a high level of professionalism and coordination.

He noted that one of the main goals of the training was to improve the practical skills of CSTO command officials in the organization of combat operations of subordinate troops and in their management during joint operations.

"The objectives of the training have been achieved," Colonel General Anatoly Sidorov said. He also wished the training participants to continue to improve their professional skills in order to increase their readiness to intended acts.