For the first time, a meeting was held at the Joint Staff of the Collective Security Treaty Organization with representatives of the defense authorities of the Organization's member states authorized to interact with the CSTO Crisis Response Center On March 2–4, for the first time, a gathering was held at the CSTO Joint Staff with representatives of the defense authorities of the Organization’s member states authorized to interact with the CSTO Crisis Response Center.

During the event, topical issues of the organization of the interaction of the Crisis Response Center with the national authorities of the Organization's member states in everyday activities and in the event of crisis situations were considered. The directions of development of the communication system to expand the capabilities of the information interaction system, as well as information protection requirements, were discussed. 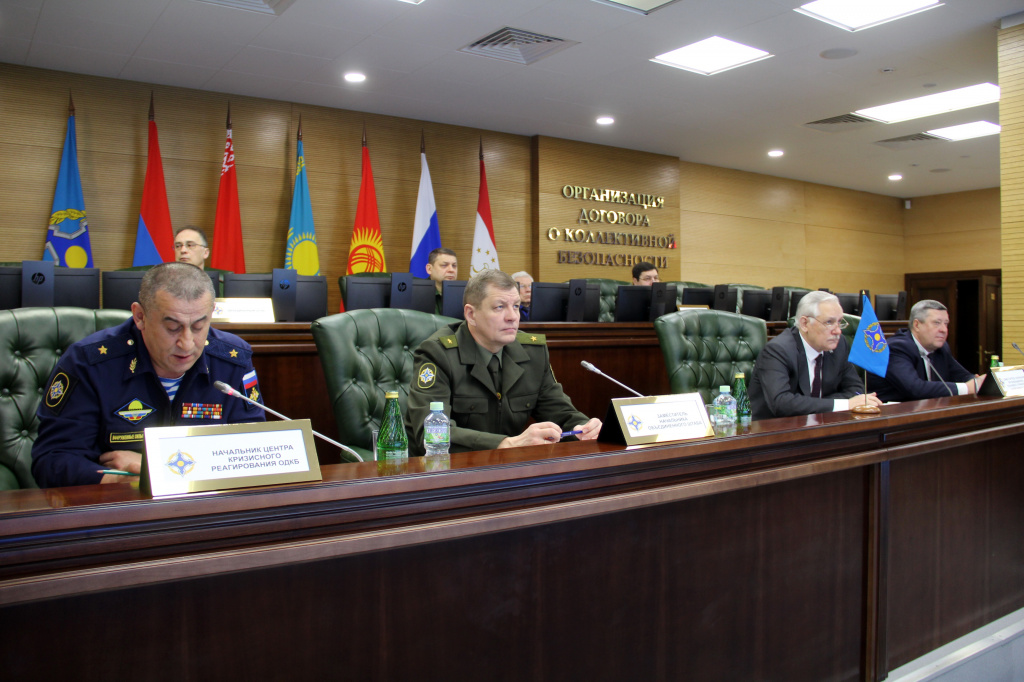 Commenting on the outcome of the event, Major General Sergey Kuprik noted that the format of the meeting with the participation of the heads of national government bodies responsible for information exchange within the CSTO was supported by all the chiefs of general staffs of the CSTO member states.

“The gathering held for the first time indicates that the format of such meetings is an excellent opportunity to discuss pressing issues and determine directions for further work on developing a system of interstate information interaction within the CSTO,” he said.

“The national authorities in the member states of the Organization authorized to interact with the CSTO Crisis Response Center are the defense departments,” said Sergey Kuprik, “but we agreed to hold such events in the future with the participation of representatives and other interested ministries and departments of the CSTO member states ". The Deputy Head of the CSTO Joint Staff also noted that it is planned to hold annual meetings of officials of the Crisis Response Center of the Collective Security Treaty Organization and national bodies of the Organization's member states on organizing information interaction.