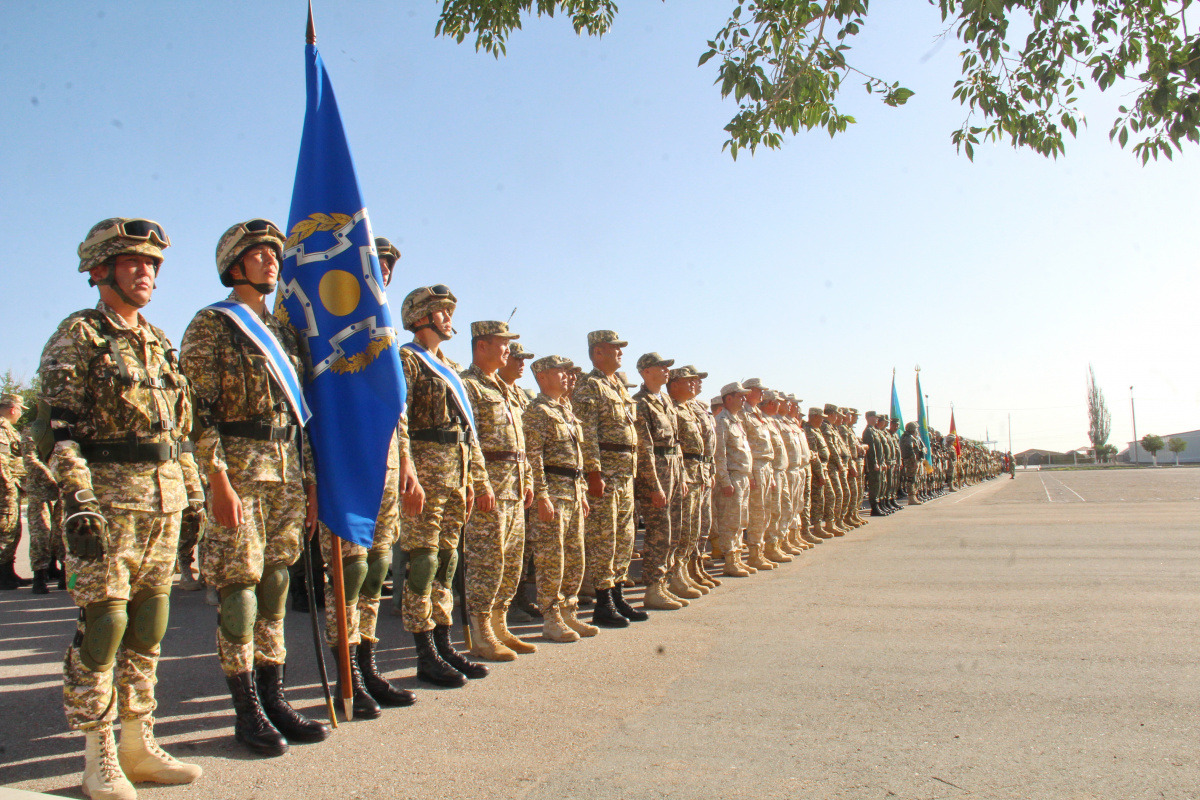 On September 7, this year, at the "Edelweiss" training range of the Ministry of Defense of the Kyrgyz Republic, "Rubezh-2021" joint training with the Collective Rapid Deployment Forces of the Central Asian region of collective security of the CSTO (CAR CRDF) was opened.

The training participants will work on the preparation and conduct of CAR CRDF combat operations on destroying illegal armed groups that have invaded the territory of a CSTO member State.

The training, led by Colonel Artur Temirov, the First Deputy Chief of the General Staff of the Armed Forces of the Kyrgyz Republic, involves military contingents and task forces from the Republic of Kazakhstan, the Kyrgyz Republic, the Russian Federation, the Republic of Tajikistan, the CSTO Joint Staff and the CSTO Secretariat, special assets of internal affairs (police), emergency response agencies, and the State Committee on National Security. In total, there are more than a thousand people and 150 units of equipment. Armoured vehicles (tanks, armoured personnel carriers, infantry fighting vehicles, “Tiger” special vehicles), flamethrower units, artillery, including multiple-launch rocket systems, and aviation - Su-30SM fighters, Su-25 attack aircraft, and Mi-8 helicopters - are being used.

In the course of the solemn ceremony, the Deputy Minister of Defense of the Kyrgyz Republic Colonel Almazbek Karasartov said: "Such trainings are held regularly in the CSTO space and have repeatedly proven their effectiveness against the backdrop of the emerging international and regional situation. Since the "Rubezh" training were held on the territories of our states, our armed forces have managed to strengthen military brotherhood between our countries at a high level and increase the level of joint combat readiness to repel and counteract modern challenges and threats.

Colonel General Anatoly Sidorov, Chief of the CSTO Joint Staff, said at the opening ceremony of the training: "The military and political situation in the CSTO area of responsibility remains complex. The most unfavorable situation remains in the Central Asian region, which is developing against the background of the Taliban seizure of power in Afghanistan, which borders with the Republic of Tajikistan. Besides this, there is a high level of activity of international terrorism and religious extremism in the region.”

He noted that this year the CAR CRDF celebrated its 20 anniversary. "All these years have seen their formation and progressive development. Operational and combat training activities carried out with the CAR CRDF command and units are aimed at improving readiness to carry out tasks to repel external military aggression and conduct joint counter-terrorism operations. Within 20 years the CSTO member States of the Central Asian region have conducted 10 joint trainings and 6 operational meetings with the CAR CRDF command. Colonel General Anatoly Sidorov said: "With all certainty we can say that the CAR CRDF have moved to a qualitatively new level of training and are ready to meet modern challenges and threats.

The main objectives of the “Rubezh-2021” training are to improve the practical skills of the CSTO command officials in the organization of combat operations and management of subordinate troops (forces), as well as to improve the coordination of the CAR CRDF units in carrying out tasks in the course of a joint operation.

The Collective Rapid Deployment Forces of the Central Asian region of collective security are designed to carry out tasks to ensure the military security of the CSTO member States, including participation in repelling external military aggression and conducting joint counter-terrorism operations.

Depending on the threat nature, the CAR CRDF grouping may have different structures, composition and reinforcements, including aviation.

The total strength of the CAR CRDF is about 5,000 people. The national formations (contingents) of the Collective Rapid Deployment Forces of the Central Asian Region of collective security (the Republic of Kazakhstan, the Kyrgyz Republic, Russia, and the Republic of Tajikistan) include military formations, units and subunits of permanent readiness of the armed forces and other troops, formations and bodies in which military service is envisaged, equipped with highly mobile military equipment, interoperable weapon and communication systems, and units of combat service, logistic and technical support.