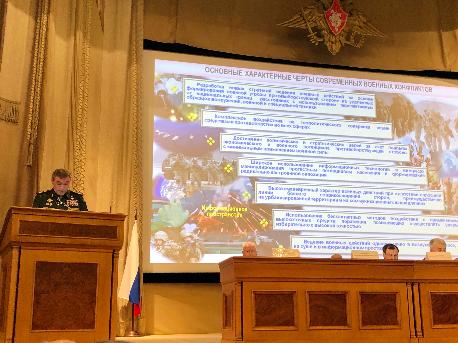 On March 2, 2019, representatives of the Joint Staff and the CSTO Secretariat participated in the General Meeting of the Academy of Military Sciences, which was held at the Military Academy of the General Staff of the Armed Forces of the Russian Federation.
IV International Military-Scientific Conference "Directions for improving the integrated air defense system of the CIS member states in the interests of solving the tasks of aerospace defense in modern conditions" On February 28, representatives of the CSTO Joint Staff took part in the work of the IV International Military Scientific Conference on the theme: “Improving the joint air defense system of the CIS member states in order to solve the problems of aerospace defense in modern conditions”.
Congratulations to the internationalists on the 30th anniversary of the withdrawal of the limited contingent of Soviet troops from Afghanistan

Colonel-General Anatoly Alekseevich Sidorov, Chief of the Joint Staff of the Collective Security Treaty Organization, congratulated the veterans of the Afghan war on the 30th anniversary of the withdrawal of the limited contingent of Soviet troops from the Democratic Republic of Afghanistan.
The working group discussed the creation of a unified air defense system in the Central Asian region On February 12-13, a meeting of the working group was held in Dushanbe, under the leadership of the Deputy Chief of the Joint Staff of the CSTO Lieutenant-General of Aviation Nurlan Ormanbetov, where they discussed the creation of a unified air defense system in the Central Asian region.
Working meeting of the Chief of the CSTO Joint Staff with the Minister of Defense of the Republic of Armenia 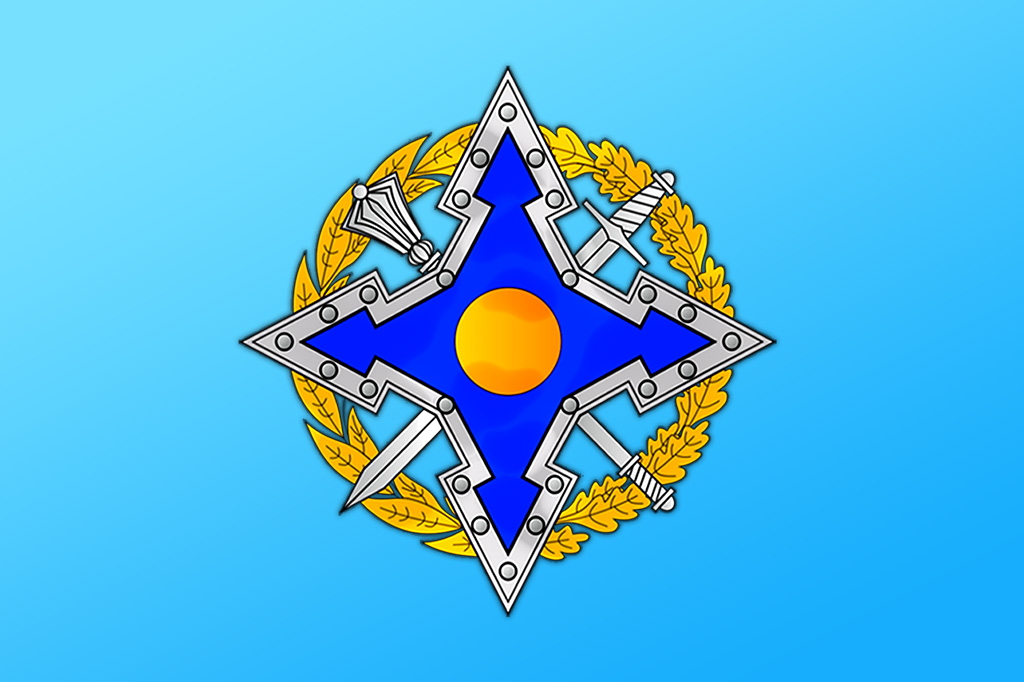 A working meeting took place today in Moscow between the Chief of the CSTO Joint Staff, Colonel-General Anatoly Sidorov and the Minister of Defense of the Republic of Armenia, David Tonoyan, who is in the Russian capital during his working visit.
Briefing by the Chief of the CSTO Joint Staff, Anatoly Sidorov, on the results of joint training of collective forces for 2018 and tasks for 2019 Colonel-General Anatoly Sidorov, Chief of the Joint Headquarters of the Collective Security Treaty Organization, held a briefing at the International Press Center of the MIA "Russia Today" with video connection of sites in Yerevan, Minsk, Astana, Bishkek and Chisinau
CSTO Collective Rapid Reaction Forces: 10 years in a single battle formation The KSOR includes the most combat-ready and mobile units, military units and the formation of special forces of all six CSTO member states. They are equipped with modern and compatible weapons, military and special equipment.
Consultations aimed at further developing the crisis response system were held at the CSTO Joint Headquarters 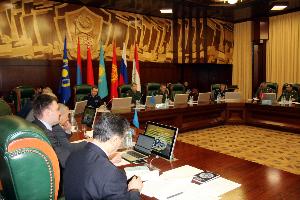 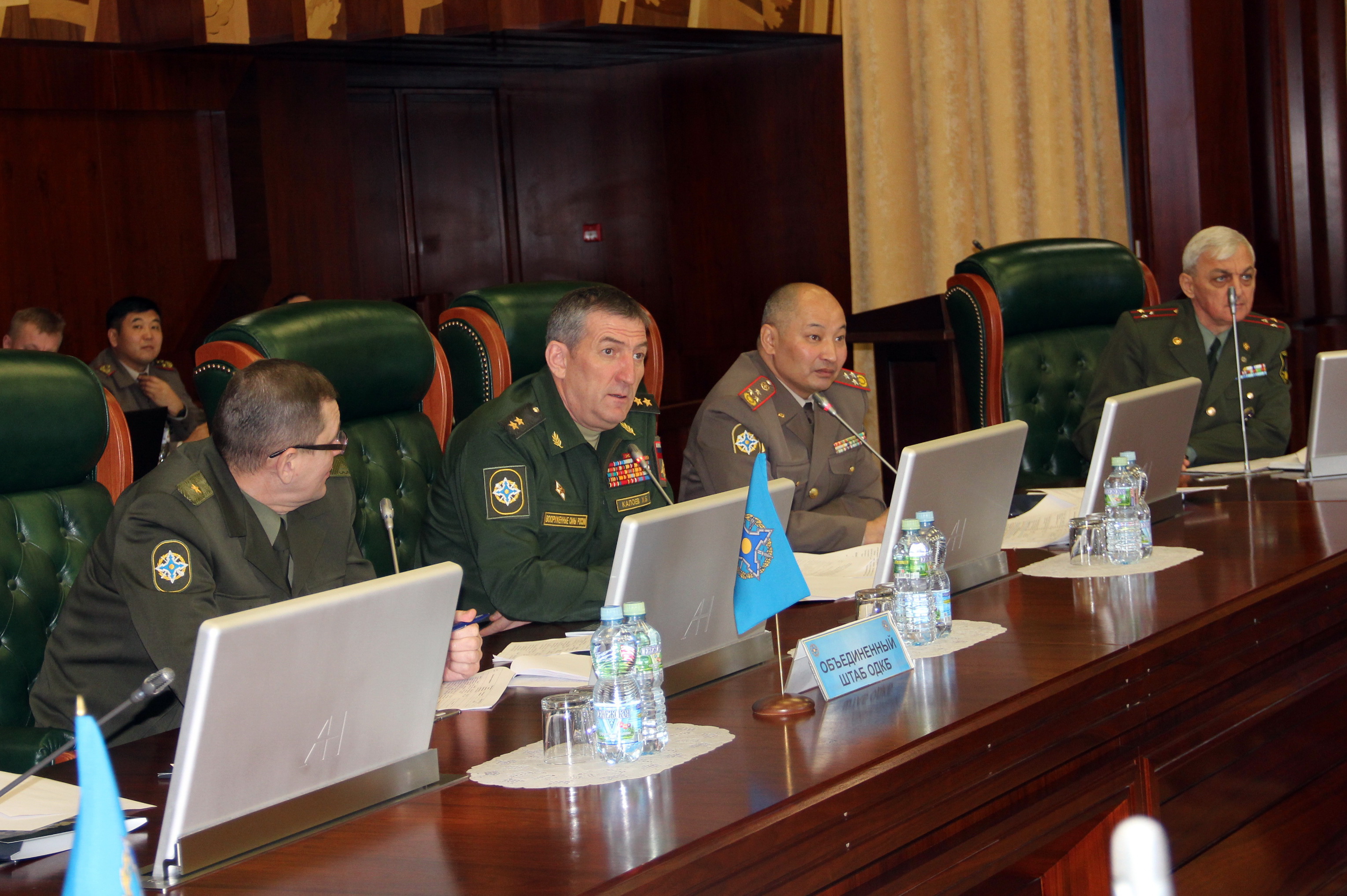 From January 30 to January 31, consultations were held at the Joint Headquarters of the Collective Security Treaty Organization to review the draft Plan for the joint preparation of the CSTO collective security forces and facilities for 2020 and changes to the similar plan for 2019.
The CSTO Military Committee discussed the development of the Organization’s military cooperation at a meeting in Almaty 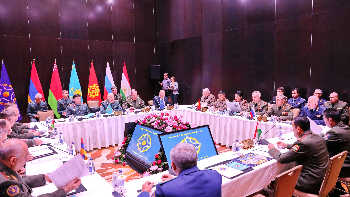 Colonel-General Anatoly Sidorov, in his speech, informed the members of the Military Committee about the implementation of the main directions of development of military cooperation of the CSTO member states and measures for their timely implementation.
During the first stage of the joint exercise with the CSTO Peacekeeping Forces "The Indestructible Brotherhood - 2018", the plan of a peacekeeping operation in a conditional state was worked out. The officers of the Joint Staff for the first time entered